We are thrilled to say the 2021 Toy Drive was a huge success! Our team came together to raise over $1,000 in toys for McMaster Children's hospital, as a company we made a $10,000 contribution. Thank you all so much for your donations, we can't wait to do this again next year. 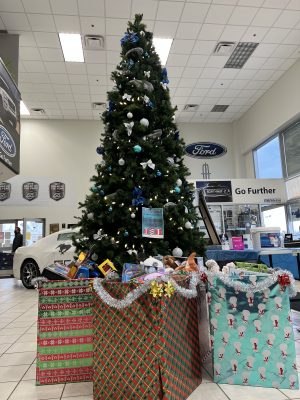 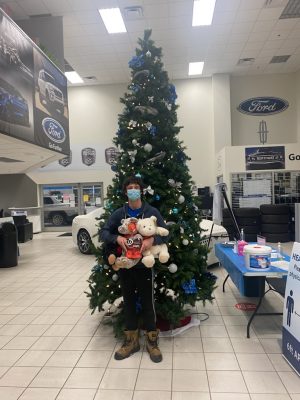 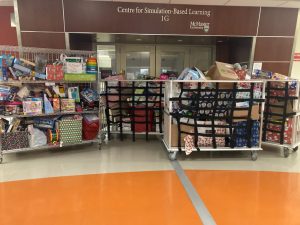 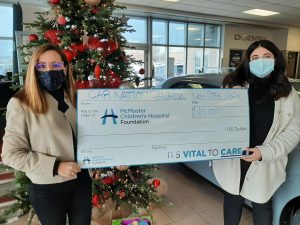 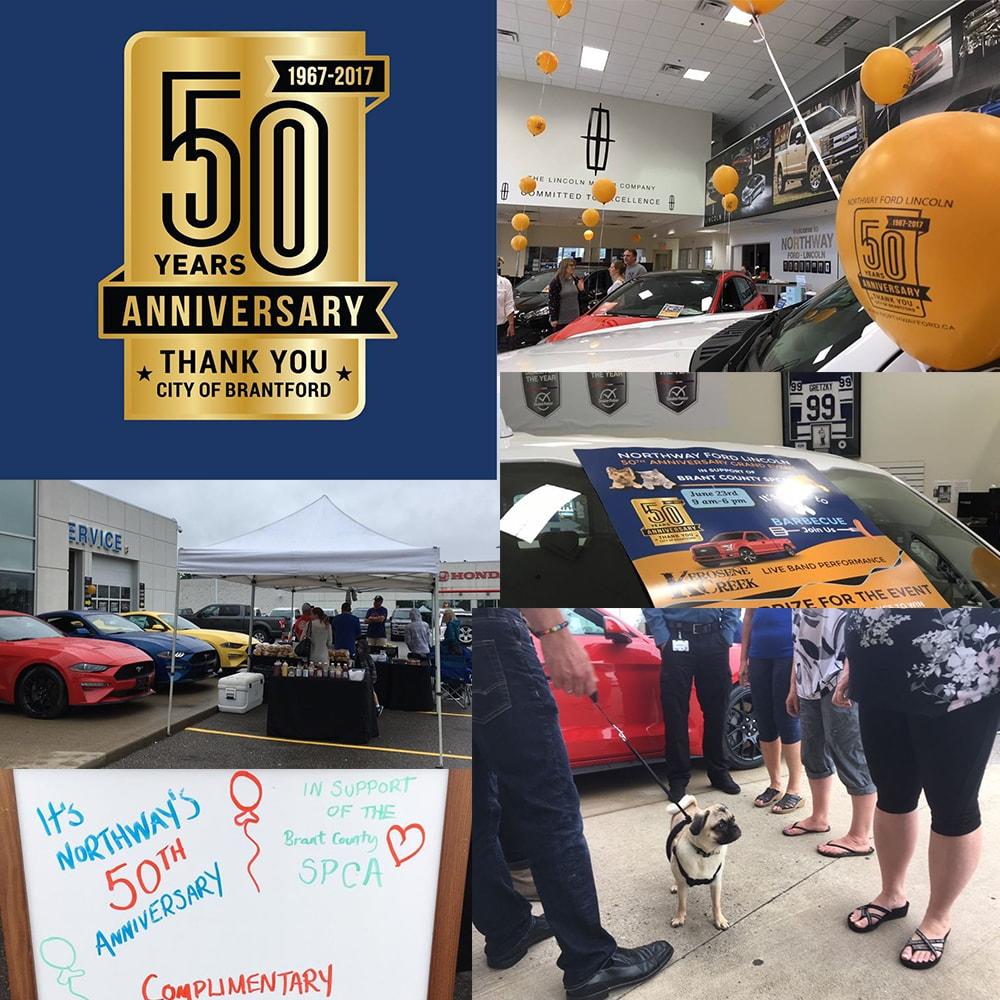 Northway Ford celebrated its 50th
anniversary with panache. Most importantly the idea behind was to thank our valued customers who have supported us last 50 years and the community. Northway team celebrated the 50
th in support of Brant County SPCA. The Brant SPCA is dedicated to the protection and care of all animals in our community. The event was entertaining with not only live performing band but BBQ for our valued customers and their four legged friends were also invited. We are glad we could raise funds to help the organization achieve their goals of protecting and taking care of animals in need

We are happy to inform that we had a successful Toy Drive event.

The amount of toys that we received through this event was unbelievable and heartwarming.
We would like to personally thank all our customers and our staff for such a generous donation and making it possible for us to bring cheer to the kids and their families during the holiday season.
We would like to thank McMaster Children's Hospital for giving us this wonderful opportunity! 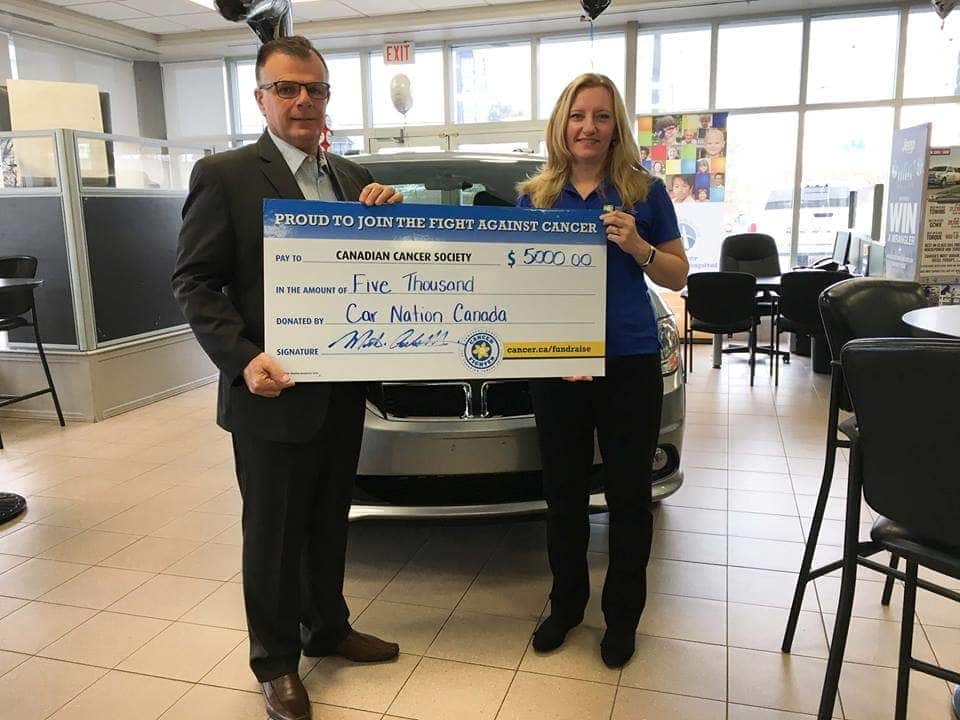 From the period of October 10- November 15, Car Nation Canada committed to $25 per sale of every car from the 7 Car Nation Canada dealerships. We are happy to announce that we are able to achieve our fund raising goal of $5,000.
The contribution made will be going towards Canadian Cancer Society in support of breast cancer research and other important work. We would like to thank everyone for the incredible support. 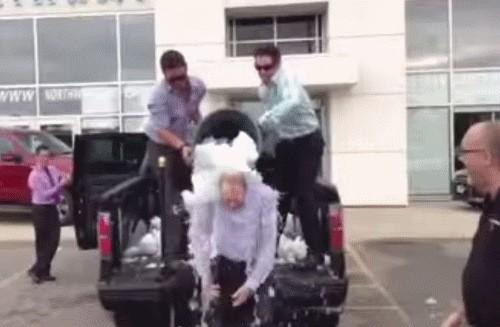 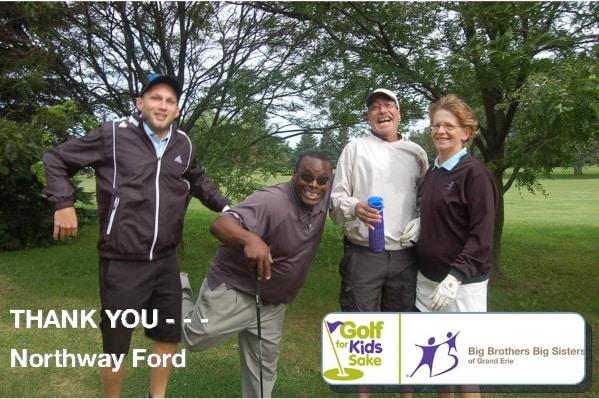 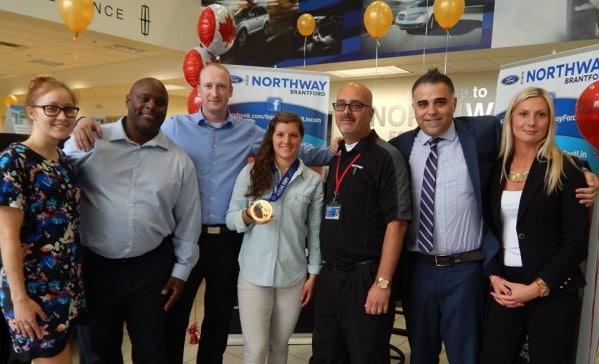 May 23 2014 Brantford, ON - Northway Ford Brantford sponsors local Canadian Women's Hockey and Olympic Gold Medalist Laura Fortino is one of them! She stopped by to sign some autographs for locals. 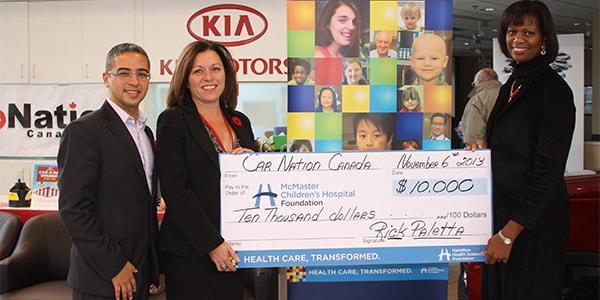 November 6 2013, Hamilton, ON - Car Nation Canada celebrated their Fourth Annual $25,000 giveaway. Customers who bought a vehicle from any Car Nation Canada dealership from August 29th- October 31st 2013 were entered
into 5 draws to win $5000 each. An additional $10,000 was donated to McMaster Children's Hospital Foundation. 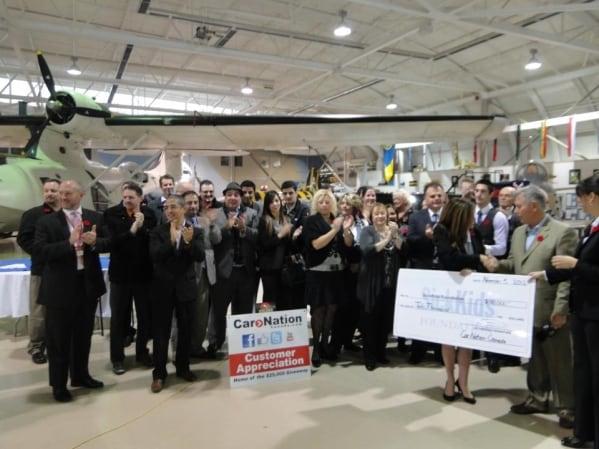 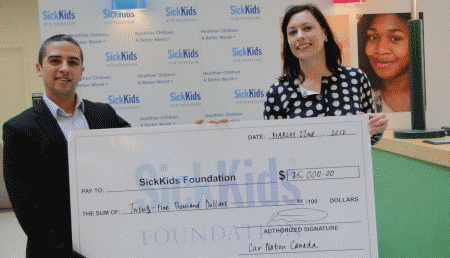 "I love kids and I love giving back to them in any way possible. I just feel that I am very lucky to be able to have the ability to do this for children in our communities. "